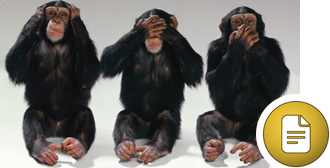 So we are all back home after attending the last BETT show to be held at Olympia—and the first in more than a decade to be held without the presence of Becta.

While everyone can accept that Becta did not get everything right, many are reluctant to be critical. They argue that:

These four points can be divided into two groups:

It is not my purpose in this particular post to answer the first point or to justify my use of the word “toxic” in the title—that is something that I shall be doing in a series of posts over the coming months. The purpose of this particular post is to act in the way of a prologue, explain why we should be prepared to criticise Becta at all.

Becta was obviously founded in order to create benefit and not harm. Referring to Becta as an institution and talking about its “heart” in a doubly metaphorical sense, it is fair to say that Becta was institutionally well-intentioned.

The existence of such a public service remit does not excuse the mistakes of those who ran Becta: on the cotrary, it lays an extra responsibility on them. Nor does not mean to say that they  themselves were well-intentioned. Such a description would imply that they were open and honest and did their best to ensure that Becta’s actions were beneficial in fact and not just in aspiration. As I shall argue in future posts, the evidence shows that Becta’s senior executives deliberately manipulated evidence, brushed aside criticism, and persevered with policies which they cannot but have known to be ineffective.

Professing your good intentions is in any case not enough. It is not enough that the brain surgeon intends to benefit his patients, if he does not know what he is doing and cannot help but notice that the vast majority of them are dying under his scalpel. As the captain of the Costa Concordia is doubtless discovering, claiming to have good intentions is no defence against a charge of negligence—and particularly when you are in a position of public responsibility.

That we should not let bygones be bygones

Although letting bygones be bygones makes a lot of sense when it comes to personal quarrels and symbolic national grievances, it is not a sensible approach when considering matters of policy. Those who cannot remember the past are condemned to repeat it. The past provides an essential body of evidence which is required to inform our policy decisions for the future.

Nor is it entirely accurate to say that Becta has gone. Even if the institution has closed, its influence is very much with us.

In terms of government policy, the Department for the Environment (DfE) is currently evaluating bids for the Information Management and Learning Services  (IMLS) framework—a continuation of Becta’s policy of aggregated procurement. In this particular case, the IMLS framework is explicitly justified[2] by Becta’s deeply flawed report, Management information systems and value for money, published in September 2010.

In terms of personnel, a new Technology Policy Unit in the DfE is staffed by ex-Becta employees, working out of Becta’s old base in Coventry. The keynote speaker at a recent Westminster Education Forum was the ex-Becta Chief Executive, Stephen Crowne, now occupying a senior position in Cisco on the back of the influence he acquired as a public servant. He was to be seen at the front of the hall with a coterie of foreign dignitaries and ex-Becta employees, just before Michael Gove’s key speech on  technology on 11 November. The continuity of personnel matters—as does personal reputation. Policy is made by people and when policy is not justified by a coherent rationale (or in many cases, by any rationale at all), then there is no way to counter the policy except to examine the records and reputations of the people who make it.

Most pervasive of all, after ten years of its research and advice, Becta is still with us in the assumptions that so many of us continue to make about the nature of the project we are all engaged on: in what we believe we are trying to achieve and how we believe that is to be done.

So too have they noticed that education technology had failed to improve standards of education. If you read the statements of Michael Gove and other government ministers with care, then you will see that they do not mimic the Becta orthodoxy—they do not talk about digital natives and twenty-first century skills and independent learners. They talk about academic rigour and assessment and managing differentiation.

If education technology is to bring real benefit to schools, then it needs to be guided by an informed and open debate—precisely that debate that Michael Gove called for in his speech at BETT. ALT and NAACE are both supporting the debate through their blog at www.schoolstech.org.uk.—and I shall be contributing, both on that blog and on this.

My central contention will be that we need to rid ourselves of Becta’s toxic legacy, to be prepared completely to re-consider our assumptions, to develop a new conception of what we are trying to do, and how we should be trying to do it.

[2] The DfE page at http://tinyurl.com/79x3skl used to claim that the IMLS framework was being “driven by the Becta report, Management information systems and value for money“. Following a meeting at the DfE on 15 December, at which I pointed out serious flaws in the Becta report, this page was updated on 11 January 2012 to remove the suggestion that the report was constituted any kind of rationale for the framework. The page now states that “The Department recognises the need for a procurement mechanism for learning platforms and management information systems” and that “The Becta report …provides further information on the marketplace…”. This represents a slight of hand by the DfE: if the report was viewed as a rationale at the time that the framework was launched, then that is precisely what it was.