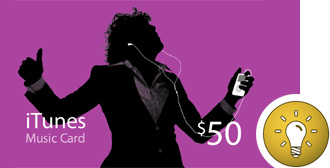 Developing a marketplace for micro educational software and content

In response to my post MOOCs and other ed-tech bubbles (which listed OER as one of three significant “bubbles”), Daniel Clark (LearningShrew) posted an interesting piece on Key issues in OER and how we might overcome them.

Recognising that there was a problem with quality control, Daniel advocates an education equivalent of Google’s App Store. This would enable OER authors to market their products as a sort of cottage industry. The micro-market would produce a selection process, sorting the wheat from the chaff, and would incentivise authors to improve the best.

I addressed this point about the need for the incremental improvement of content in Learning analytics for better learning content, noting the importance of good distribution systems as a necessary prerequisite.

We talked about this idea quite a bit in the early days of SALTIS, where we talked of it as “the iTunes model” – it being before the days of mobile apps. The large publishers were not in principle averse. Although the OUPs and CUPs generally produce complete courses, they recognise the fact that their learning content will often be used in disaggregated form – and this provides the opportunity for niche suppliers to supplement the main course.

Other benefits of the iTunes model is that it would support innovation. Being inherently risky, it makes much more sense to innovate in bite-size chunks, rather than to look to large systems providers or government schemes, that will inevitably play safe in what they build and specify.

As Daniel observes, another key prerequisite is good standards—particularly technical standards for interoperability. If an innovative guy in his garage is going to come up with a really useful niche product, that product is only likely to be marketable if it can plug-in easily to the software infrastructure that is being used in any particular educational institution. I have already made the argument for such data interoperability at a general, pedagogical level in In the beginning was the conversation. I have also attempted to provide outline of what this would mean in practice at Six technical standards to build an ed-tech market. Without data interoperability, so-called educational apps do not integrate in the process-dominated teaching and learning transactions that characterise formal education.

So it is time to get serious and really to start talking about data interoperability – and that is the main topic to which I shall not be turning to on this blog.

But the other problem with implementing the iTunes model has been the disastrous and heavy-handed intervention in the market of the central government. I set up SALTIS in 2007 on the back of Becta’s horrendously incompetent 2006 Learning Services (or Learning Platform) procurement. You would have thought that Becta would have learnt its lessons from the failure of that exercise—but it didn’t. On the basis that running central procurements was what it did, Becta determinedly pushed ahead with plans for an even bigger Information Management and Learning Services (IMLS) procurement framework, which was eventually launched—posthumously as it were—in March 2012. SALTIS opposed this policy on grounds that I outlined briefly in Stop the IMLS framework—but of course, that did not stop the ex-Becta people at the DfE going ahead anyway.

I already have a pretty good idea of how (un)successful the IMLS framework has been—but a formal review will have to wait until the end of the financial year, when I can submit a meaningful FOI request. So in April, I hope to post a major article that will review the lamentable record of government procurement in this area. This will also give me an opportunity to propose a new policy that will move the education sector towards a more agile and innovate procurement policy, of the type suggested by Daniel Clark.

A spin-off benefit of such flexible, dynamic and innovative market would be to blur the boundary between OER and commercial offerings and to discover new synergies between them.

1 thought on “The iTunes model in education”