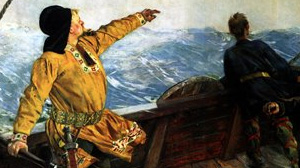 Matthew Hancock, Parliamentary Under-Secretary of State for further education, skills and lifelong learning, announced in the Sunday Times yesterday that the government was setting up a Whitehall unit “to examine how children can be taught by computers that use sophisticated algorithms to set the pace according to individual ability”. After three and a half years of virtual silence on ed-tech, this is a welcome and exciting announcement. Online tuition, he says, is the key that “could help to raise Britain from the bottom of the international educational league tables”, using technology in a complementary role to teachers, so that “computers [will] take the lead in ‘imparting knowledge’ while teachers focus on ‘mentoring, coaching and motivating’”. Not only does this statement put education technology back on the political agenda in the UK, but it does so on completely different terms from those previously proposed by the advocates of independent learning, twenty-first century skills, and the wisdom of the crowd. Instead, it reflects something very similar to the position that I have been arguing on this blog. There is even a sense of urgency detectable in the fact that Mr Hancock wants “the changes…to be implemented as soon as possible”.

At this stage, all we can see is a faint smudge on the horizon. Maybe it is nothing more than a low cloud or an uninhabitable rock. But it is hard not to feel hopeful that, after what might have been a necessary four-year detox, we may at last have a prospect of making substantive (maybe even rapid) progress with a brand of education technology that delivers genuine improvements to formal education. Through this blog, I will take a close interest in the initiative as it develops.

A blog by Harriet Green at City AM welcomes Matt Hancock’s announcement under the somewhat provocative title, “4 reasons to be happy about the end of teaching”. I have commented on that site, and a conversation is starting to develop.

But not everyone is so happy. At Schools Improvement, a large number of teachers dismiss Matt Hancock’s announcement as various equivalents of “bonkeroony”, (to use a current Govism).

But as a result of finding this stream, I also struck up what proved to be a great discussion with Meraud Hand (@Meraud_Hand) on Twitter. With Meraud’s permission and my thanks for such a good discussion, I copy it here where I hope that it will be easier to follow. Meraud’s comments are in blue and mine are in purple.

So the devil will lie in the detailed implementation. Thanks again to Meraud for such a constructive and lively discussion which (please bear in mind for both our sakes) was conducted at speed on Twitter. And I think we both hope that the issue of education technology in general (and Matt Hancock’s announcement in particular) will come up in the Education Select Committee discussion with Michael Gove tomorrow.