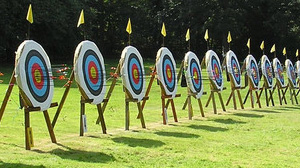 Dame Sally Coates, Director of Academies South for United Learning, has claimed that all schools should follow the same curriculum, as created by a group of nationally-appointed experts.

Pedro De Bruyckere thinks that this is an April fool of an idea, that would kill the professionalism of teachers. On the whole, I am with Dame Sally.

As argued in my previous post, How technology will revolutionize teaching, the professionalism of teachers lies in their ability to teach, not in their ability to decide what to teach. Most teachers have neither the subject expertise, understanding of pedagogy, nor the time to create good curricula. Trying to do so represents a massive duplication of effort. Worse still, it confuses teachers with regards to what their job is about, distracting them from focusing on the question “what works?”.

One of the benefits of technology that I do not discuss in my previous article is that it supports the better division of labour. Technology is about process as much as about tools, and process involves different people doing different things at different times. Our current craft model is flat: we assume that teachers should do everything and it is not surprising that for much of the time, many teachers do much of it badly, while feeling stressed and over-worked. We need to make clear distinctions between the way in which we teach and the way in which we decide what to teach. We need to create divisions of labour which reflect that division of function.

That does not mean we should have the curriculum decided in just one place. We need innovation and competition, not only between different people who are responsible for designing the curriculum but also between the different publishers of learning materials (the “tools of the trade”) that are designed to teach the different curricula. The traditional French model required not only the centralisation of the curriculum (the “what”) but also the centralisation of text books (which include quite of a lot of the “how”). At 9 a.m., so the story went, every 10 year old in the country was turning to the same page in the same book. Such a model surely kills off competition and innovation at both levels.

Instead of setting up another expert commission, we need to create a market, both for curriculum design and for the creation of good course materials. Such a market will represent a partial but not complete centralisation of functions. It will help maintain rigour, avoid unnecessarily duplicated effort, respond to varying requirements, and encourage innovation at the same time.

It will only be possible to achieve this when we develop the technical understanding required to describe and manage learning objectives clearly, and to put in place the analytics systems to manage the data that will produced around such clearly-described objectives, particularly by good quality digital technology.

I suspect that innovation at the curriculum level is an idea that the current generation of politicians instinctively distrusts because it is still associated with the so-called “race to the bottom”. Competition between exam boards in the 2000s focused on who could produce the easiest exam.

But that was not the inevitable consequence of the market. Like any market, competition is driven by the criteria by which success is achieved. It was government that was ultimately responsible for managing those success criteria and if exam boards prospered by handing out more “A” grades than their competitors, then it was government which must ultimately bear responsibility for the consequent dumbing down, not the principle of markets.

Analytics systems will not only be able to address the question “what works?”, and to maintain the consistency of a set of exemplars (as argued in my previous article). They will also be able to assess the relative merits of different learning objectives, tracing pathways through intermediate objectives to different sorts of ultimate outcome. This will provide a criterion of quality by which a market for curriculum design can be incentivised to produce not the easiest curricula possible but the most appropriate curriculum for different objectives and different students. There will be rewards waiting for those curriculum designers who create really stretching curricula, that can be shown to lead students into top universities and jobs, just as much as for curricula that help those who find school difficult, or those who want to emphasize non-academic skills. Teachers do not have to create the curricula in order to be able to select the curricula that they, their senior managers and their parents believe will be most appropriate for their students that they are teaching.

I agree with Dame Sally in her diagnosis of the problem. I agree that we should centralise curriculum design, just as we should centralise the production of learning materials. But the idea that we should introduce a single regulatory framework is old fashioned, bureaucratic and inefficient. It falls back on the principle of authority, rather than looking for more objective ways of measuring success.

Like so many problems in education, there are better solutions available, once you acknowledge that improving education depends almost entirely on introducing better education technology.

4 thoughts on “Setting the curriculum”