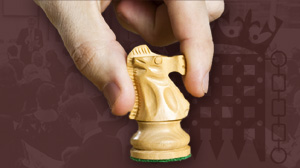 Aristotle’s theory of phronesis has been widely cited by progressive educationalists as supporting their view that teachers and educationalists should be able to determine their own objectives, using their intuitive assessment of their particular classrooms. In my previous post, I explained why this view depends on a misunderstanding of Aristotle’s position. This post completes my rebuttal by examining how the modern account of Aristotle’s phronesis originated and why it offers an unsatisfactory account of teaching expertise.

The modern theory of phronesis was first proposed by Bent Flyvbjerg in his 2001 book Making social science matter (MSSM). The book was written as a defence of Sociology against the attacks of Lewontin and Sokal (see my Elephant in the room).

The first part of Flyvbjerg’s argument was based on the work of Stuart and Herbert Dreyfus, who suggested that expertise passes through five phases, from novice to expert. In the first three phases, the actor applies general rules to particular cases with increasing degrees of adaptation, while the more advanced phases were characterised by an ability to “operate from a mature, holistic well-tried understanding, intuitively and without conscious deliberation”: in other words, without reference to abstract principles (MSSM p.18).

Dreyfus supported his theory by recounting his own experience as a chess player. He had thought that “Fast chess was no fun…because it didn’t give me time to figure out what to do” and the game appealed to Dreyfus as an exercise in rational calculation. But his colleagues, who eventually became much better chess players, not only played fast chess but also spent time studying the games of grandmasters, through which they “acquired a great deal of concrete experience”. This allowed Dreyfus “to see that there is more to skill than reasoning” (MSSM p.14-15).

Even if it is accepted that Dreyfus’ more talented friends were applying their knowledge without deliberation (which seems unlikely), this conclusion would come still come as no surprise to Dan Willingham, who writes that “thinking is slow…thinking is effortful…thinking is uncertain…when we can get away with it…we just do what we’ve done in the past” (p.6). This does not mean that thinking is not useful. Relying on memorisation works well when one has acquired sufficient experience to be able to recognise a wide range of different situations, when the problems that we encounter are familiar and the solutions that we have used in the past are successful, and when we need proficiency of action as well as the ability to think. Application of memorised solutions does not allow us to deal with unfamiliar problems or to evaluate our actions and help us avoid bad habits or inferior methodologies.

Flyvbjerg developed his theory of phronesis, misrepresenting Aristotle (as I showed last time) in order to claim the superiority of memory and experience over rational calculation and the application of abstract principles. He quotes Aristotle on the health benefits of eating chicken: “suppose that someone knows that light flesh foods are digestible and wholesome, but does not know what kinds are light; he will be less likely to produce health than one who knows that chicken is wholesome. But prudence (i.e. phronesis) is practical, and therefore it must have both kinds of knowledge, or especially the latter” (NE, VI, 7).

This argument is not only self-defeating, it also mistakes the logical “necessary” for “important” and “insufficient” for “unimportant”. Imagine that an inventor spent a lifetime creating a new machine (analogous to developing the knowledge of a new abstract principle). He then suffered a fatal heart attack just before managing to throw the on-switch (analogous to applying the principle to a particular situation). It is true that inventing the machine was insufficient and that throwing the on-switch was necessary, but this does not mean that the lifetime’s work was of no consequence compared to the momentary throwing of the switch. The same logical fallacy lies behind the argument that technology does not matter because it has no “agency”; or because without being used, it has no effect.

Dylan Wiliam, a prominent advocate of Flyvbjerg’s theory of phronesis, has himself criticized the prioritization of rules of thumb, which treats teachers “like intellectual navvies who are told where to dig, but not why”. Rules of thumb cannot be transferred to new contexts and can frequently be misleading, as in an educational context are formulas based on Brain GymTM or learning styles. My previous post explains that by phronesis, Aristotle was talking about the application of abstract ethical principle which had already been understood, not the memorisation of rules of thumb.

The culmination of Flyvbjerg’s argument is to assert that “the exclusion of context cause[s]…theory to collapse”, meaning that all abstract, predictive theory (the goal of the natural sciences like physics) is impossible. Flyvbjerg quotes with approval the question put to Dreyfus by a member of one of his audiences: “‘you are talking about skills like hammering and playing chess, but what you really want to do is undermine Western society.’ To which Dreyfus replied, ‘you are right, that’s exactly what it comes to’” (MSSM p.22). The doctrine is absurd because the success of science and technology in our modern world shows conclusively that abstract, predictive theory is possible.

To dismiss “the priority of the particular” does not invalidate the Dreyfuses’ observation about the nature of skill. Dylan Wiliam connects this observation to Polanyi’s views on tacit knowledge and maxims, which “cannot be understood, still less applied by anyone not already possessing a good practical knowledge of the art” (29:15); and to Csikszentmihalyi’s theory of “flow” or “being in the zone”. Such a state may be easiest to achieve if the actor focuses on ends rather than means, as a concert pianist holds in mind an idea of artistic expression without having to think about what all her fingers are doing. It is the characteristic of the expert, as Dreyfus and Dreyfus quite reasonably assert, that these mechanical aspects of the performance have long previously been memorised to the point at which the action is unconscious. The development of intuitive craft, art or skill is clearly relevant to the individual practice of the classroom teacher.

This does not mean that a complex service like education can be organised intuitively. Nor does it mean that the phenomenon of “flow” can be equated to wisdom of a sort that is required to determine objectives: the ability to perform advanced tricks on a surfboard is not equivalent to an understanding of ethics. Nor is the tacit ability to produce a performance equivalent to the ability to evaluate a performance. Modern athletes, who train their unconscious “muscle memory” through constant practice, do so under the guidance of elaborate data-driven systems, using technical applications of scientific principles to identify which behaviours are most effective. This is how McLaren helped train the British Olympic team in 2012 or Leicester won the 2016 English Premier League at odds of 5,000:1 against. Tacit and explicit knowledge are complementary, not antagonistic.

The modern theory of phronesis originated in a misconceived and ultra-radical attempt to defend sociology against the attacks on it made by natural scientists. Like Tweedle Dum to Tweedle Dee, Flyvbjerg retorted to Lewontin that if physicists were going to say that “sociology is bunk”, then sociologists were quite capable of returning the insult.

While it is true that personal skill (both of the teacher and the successful student) is often tacit and sub-conscious, this does not mean that the evaluation of those skills, the determination of their objectives, and the description of the technical processes that underpin the operation of large and complex organisations should be identified with the diverse, often contradictory, often mistaken private intuitions of hundreds of thousands of individual teachers. Nor does it mean that many of the more managerial aspects of the expertise of individual teachers are not also based on evidence and deliberation. The misinterpretation of Aristotle’s theory of phronesis only obfuscates our discourse and obstructs the development of the explicit, practical theory that we need to improve the performance of the education system.

In my next post, I will examine the reasons why Daisy Christodoulou and the traditionalists argue against the explicit definition of educational objectives, almost as fiercely as do Professor Biesta and the progressives.