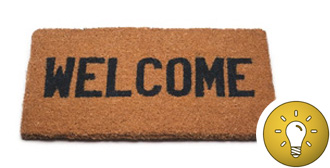 Welcome to Ed Tech Now, a blog that aims to challenge orthodox thinking about education technology.

Since the mid-1990s, I have sat on a number of technical and standards committees for learning, education and training, from BESA’s OILS initiative in the mid-1990s, through Becta and DfE working groups, to BSI’s IST/043, and groups at ISO/IEC’s SC36, the IEEE’s LTSC, SALTIS, and the LETSI Foundation.

In common with many of my colleagues in this field, I have been constantly frustrated by our poor progress in developing education technologies that have made a significant impact in improving our education system. Ever since the emergence of the personal computer in the 1970s, people have looked to technology to revolutionise education. So far, that revolution has not happened.

In the UK, many of the problems have been due to the incompetence of government agencies—and of Becta in particular. In 2007, after trying to engage with Becta constructively through its working groups for many years, I made a complaint to the European Commission about Becta’s mismanagement of its Learning Services procurement framework. In the same year, I founded SALTIS, which has received the strong support of the industry, and which I have continued to Chair ever since.

Even though Becta was closed in 2009-10 by the incoming coalition government, we are not so easily rid of its harmful legacy. Followers of Becta in the bureaucratic, academic, practitioner and consultant communities continue to subscribe to orthodox opinions, previously promoted by Becta, but which on closer examination frequently turn out to be flawed and which in most cases have failed to deliver substantive results.

Now is the time for change. The UK’s coalition government has taken the best part of two years to focus on education technology. Now it is beginning to do so, and—where decisions have been driven by ministers—it is demonstrating a boldness and intellectual clarity which contrasts sharply with the previous administration. Now too we are at a point in the development of computer hardware, where it is sufficiently ubiquitous and powerful that it can support the development of specific technologies that can realistically bring genuine benefit to the surprisingly complex business of education.

The opportunity to make a fresh start and to see the development of new, transformative educational technologies, needs to be matched by new thinking. I hope that this blog may help by analysing some of our past failures, challenging some of the fallacies of our current orthodoxies, commenting from a UK schools perspective on current developments across the world, and trying to identify future opportunities for new approaches to education technology in schools.

I hope you find the blog enjoyable, stimulating and worth commenting on. I have no doubt that many people will disagree with many of the opinions that I express, sometimes as violently as I may well disagree with theirs. I see such disagreement not as a problem but as an opportunity—because it is through debate that our common understanding can be advanced. As the humanist Desiderius Erasmus, in an echo of Socrates, wrote when he translated the first line of St John’s Gospel, “In the beginning was the conversation”.